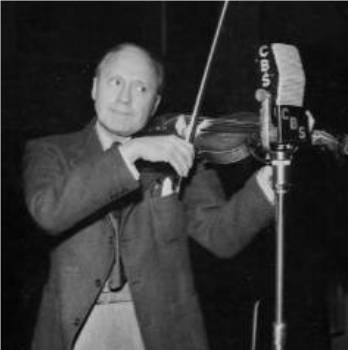 Benny’s radio program was one of its mainstay beginning in 1932 and ending in 1955 and continuing in reruns several years thereafter, while his television career lasted another decade.

Benny was an Americann icon who set the pace for other comedians. His signature gags such as his fudging on his age (always said to be 39), playing the violin, his ego, and more than anything else, his cheapness. made for great comic fodder. Of course, in many ways, Benny’s radio persona was contrary to actual nature. His willingness to play himself as a cheap egotist actually made room for many others to play off of him, and the nature of Benny’s program allowed fellow performers such as Dennis Day, Eddie “Rochester” Anderson, Phil Harris, and Don Wilson to shine and become nationally known figures in their own right.

Benny’s gags were fodder for other comics, particularly his stinginess   In late 30s and early 40s, many radio comics were trying to add it to their own repertoire, but progressed nearly working a joke about Benny being cheap when they could.  Benny was often quite generous with guest appearance and would give life to his “cheap” characterization  with an in-performance. Benny also carried on a memorable on-air feud with fellow comedian Fred Allen for years that also became one of his hallmarks.

Benny’s influence over radio was telling in that his jump from NBC to CBS spurred other performers including his long time friends George Burns and Gracie Allen to make the jump as it became known as a talent raid. At CBS, Benny was the man their line up was built around, at NBC, the focus was on finding some way to compete for ratings with Benny. No other radio entertainer could define the strategies of two networks so well.

Benny was beloved by millions and truly respected by his own industry colleagues.  The idea of the golden age of radio without Jack Benny is almost unthinkable and clearly he belongs near the top of our list.