The Biggest Show on Radio

The late 40s had been bad for NBC as rival CBS had raided their stable of talent, luring Jack Benny, Burns and Allen, Harold Peary (Star of The Great Gildersleeve) over to their network with higher wages.

NBC had not come up with an answer for how to challenge Jack Benny’s Sunday Night supremacy and from this was born, The Big Show. It was planned as a 90 minute variety show, which was extraordinary.  There had been other variety programs that had been an hour in length such as The Shell Chateau, The Good News programs of the late 30s and early 40s, The Kraft Music Hall,  and Fred Allen’s Texaco Show of the early 40s. However, 90 minutes was unpreceded for a radio variety show outside of a few specials.

The Big Show alternated between Hollywood and New York, allowing it to access most of America’s major talent wherever they happened to live. With a budget of $30,000 an episode, they managed to land solid talent, producing a fine mix of comedy, music, and drama. The Big Show had many great ingredients: 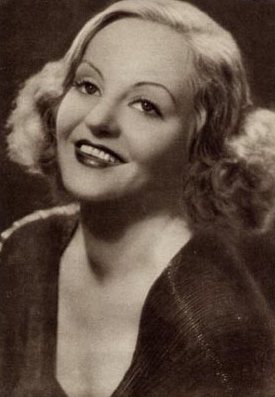 “The glamorous unpredictable Tallulah Bankhead” was the show’s host. Her voice was one of the most recognizable in radio. It was deep and distinct. She called her guests “darling.” Bankhead was best known as a stage actress on Broadway and in London. The highlight of her film career had been Alfred Hitchcock’s Lifeboat. Finding other movie roles that suited Bankhead’s unique personality was a challenge.

Bankhead was a rare talent. Her range of duties included comedic banter with the guests who, in the tradition of old time radio variety shows poked fun at her age, her low voice, her offkey attempts at singing, and her rivalry with Betty Davis. Bankhead also would get a chance to showcase her dramatic talent, performing several pieces including several one woman scenes. She also did her fair share of comedic performances.  Bankhead also mixed in occassional sincere moments such as when she paid tribute to the nation’s troops overseas or a great performer. She would signal the station identification on each half hour by saying she was ringing her chimes, which would signal the famous NBC Chimes.

The Big Show played host to some of the greatest and best loved comedians America ever produced.

Portland Hoffa. Allen had had his own show for many years, but a combination of declining ratings, declining health, and the rise of television led to the end of his program.

Allen was known for his biting satirical wit which stood as Allen’s unique genius in this era. Allen got off the show’s most memorable line when he declared the reason television was called a medium was because nothing was well done.

Jimmy Durante was also a frequent guest on the program. His mangling of the English language, self-depreciating manner, and jolly singing made him a delightful addition to the show.

Other comedians making multiple appearances included Groucho Marx, Bob Hope, Eddie Cantor, Ed Wynn, Joan Davis, and Martin and Lewis. These programs led to some interesting combinations. In one episode, Groucho groused about having to play straight man to Jerry Lewis at this point in his career. Dean Martin would have a similar thought a few years later.

Every comedian I’ve listed so far had their own radio shows, so The Big Show is a great way for OTR fans to find new comedy favorites. In addition, two men who would have great careers in television (Danny Thomas of Make Room for Daddy and Phil “Sergeant Bilko” Silvers) made an appearance each.

The musical portion of the show included top shelf talent with appearances by Ethel Merman, the Andrews Sisters, Jack Carson, Mindy Carson, Judy Garland, Ethel Waters, and Railroad Hour host Gordon McRae among others. Perhaps the biggest novelty of the show is the three appearances by then-first Daughter Margaret Truman. 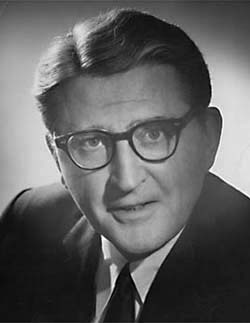 However, the musical  delight of the show remained Meredith Wilson, the music director who was charged with a 40-piece orchestra. Wilson not only came up with great arrangements, the first season of the Big Show was punctuated with several original Wilson songs. Wilson’s creativity was not limited to music. In the only full Season 2 episode in existence, the cast performs scenes from Wilson’s novel, “Who Did What to Fedalia?”

Perhaps Wilson’s greatest hit was the show’s closing anthem, “May the Good Lord Bless and Keep You.” Bing Crosby called it a song of faith and good will. On the Big Show, the song was sung at the end by the week’s entire cast, including those who weren’t regular singers. Each would distinctly whether it was Groucho Marx or Fred Allen or one of the dramatic stars. Those who couldn’t sing would speak their parts including Tallulah. This gave the show a memorable and classy ending.

Even after the Big Show ended, Wilson’s creation endured. “May the Good Lord Bless and Keep You” has been performed by artists as diverse as Tammy Wynette, Bing Crosby,  Jim Reeves,  and the Mormon Tabernacle Choir. It’s an enduring classic and the biggest thing to come out of the Big Show.

The Big Show took a few episodes to live up to the show’s promise of providing drama in addition to the comedy and music, however when it did, it it did the dramas well.  Movie actors would come and perform scenes from new film releases or when the Big Show was in New York, radio audiences could get a taste of the latest Broadway play, including many who would never make it to New York to watch the performance. Actors who made dramatic appearances on the show included Peter Lorre, Edward G. Robinson, Rex Harrison, and George Sanders.

The Big Show would often follow up a serious well-done drama with uproarious comedy.  Tallulah and male guest star could perform a deadly serious piece and then a comedian like Jimmy Durante would ask permission to perform his version of the scene. After the heavy scene that came just before, the humorous takeoff was made even more funny.

The Demise of the Big Show

Sadly, the Big Show didn’t last but two seasons. It couldn’t have done much better. Television was coming on strong and advertising dollars would not support the Big Show’s big budget. Indeed, one of the advertisers for The Big Show was RCA which promoted it’s new television console. The day of big radio were clearly numbered.

The entire First Season of The Big Show survives to this day but only 1 and 2/3 episodes of 31 survive from Season 2. Still, what remains is a fantastic program put on by some of the finest talent radio produced. Truly the Big Show was worthy of its big name.

The Digital Deli’s Definitive log of The Big Show.

“May the Good Lord Bless and Keep You” as performed on the Big Show.

All 27 circulating episodes of “The Big Show”

If you enjoyed this post, you can have new posts about Detective stories and the golden age of radio and television delivered automatically to your Kindle