Radio Review: The Shell Chateau and the Shell Show

The 60 minute variety show became a standard on radio up through the mid-1940s with programs such as the Kraft Music Hall and Fred Allen’s Town Hall program. In the mid-to-late 1940s the format gave way to half hour variety shows, but the Big Show brought the longer-format back with its 90 minute programs and then television offered 60 minutes, 90 minutes, and 2 hour programs.

One of the pioneers in this longer-format shows was the Shell Corporation with its presentation of The Shell Chateau and later The Shell Show. 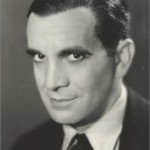 The Shell Chateau was first hosted by Al Jolson in 1935 he returned later on in 1936. Today, Jolson today is best remembered. for starring in the first feature length-talkie, The Jazz Singer. Jolson was in the midst of a four decade run as America’s best-known and most popular entertainer which no doubt buoyed Shell’s program In the programs where Jolson hosts, listeners were treated to several distinctive tunes from Jolson’s golden voice. Jolson was, in my opinion, not nearly as good a comedian, his jokes often seeming to be first grade vaudeville corn.

Famed newsman Walter Winchell took over for a few episodes, but he didn’t last long and none of his episodes are in existence. Several episodes were hosted by Wallace Beery, a dramatic actor who provided friendly and professional hosting, but less personality than Jolson.

Smith Ballew took over the show in 1936 before he left to become a singing cowboy and none of his programs survive. The show returned in 1937 with Broadway Comedian Joe Cook, who served up his silly humor with all-comers.

The guests on the program are mostly ghostly echoes. There are quite a few singers who were cited as stars or up and comers and are now completely forgotten by the general public. The same goes for most of the sports stars. These appearances provide an interesting look back into the music, comedy, and sports of the era. Perhaps, the most interesting aspect of the show was that it featured a rare look at many great vaudeville performers. Vaudeville may have been dead by the mid-1930s, but Shell Chateau didn’t act like it. In addition, their interviews of sports stars of the era usually provide a nice slice of life.

However, the program also features some fascinating appearances by better known actors and actresses. Among those appearing were both Lionel and John Barrymore in seperate episodes, along with Chester Morris, Effrem Zimbalist Sr, Henry Fonda, and Judy Garland among others.

I have two favorite appearances. One was an episode featuring a young Mickey Rooney playing Jim Hawkins on November 23, 1935.  How long and successful Rooney career has been was brought home to me when a few weeks later,  I saw him in The Muppets, which went into theaters 76 years after this radio appearance. 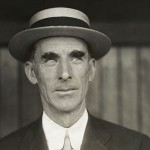 The other was the last Shell episode in circulation from May 29, 1937. The sports interviews are fantastic. Black Olympic legend Jesse Owens was interviewed about running and provides reports on a recent running event.  Appearing towards the end of the show was another legend, Philadelphia Athletics Manager/Owner Connie Mack and the wife of another baseball great recently deceased John McGraw. McGraw set the Major League managerial record with 10 pennants, and Mack was one behind with nine. Mack expressed the hope that he would tie the record. McGraw’s wife, while gracious, expressed hope that McGraw’s record would stand, but wished Mack well. While Mack had 13 more seasons with the Athletics, the Athletics came nowhere close to the Pennant. The falling attendance that would eventually send the team to Kansas City and then to Oakland assured that John McGraw’s record would be safe until Casey Stengel tied it.

While the Shell programs may not be as great as the hour long programs that succeeded it, they are definitely worth a listen for fans of Jolson or those who’d like to enjoy a rare radio glimpse in the 1930s.