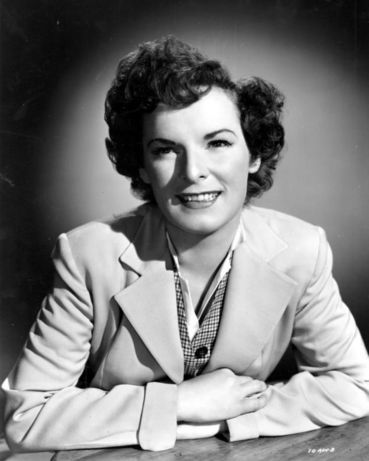 Orson Welles called her “‘the world’s greatest living radio actress.” McCambridge certainly was a rare talent. Her big starring role came as radio was in decline.  Starring in 1951,  She starred as a tough and smart female attorney who solved crimes and got justice for her clients.  In 1952, she was recognized as radio’s favorite dramatic by Radio TV Mirror Magazine.  McCambridge frequently appeared on Lights Out and also had many appearances on The Mercury Summer Theater, the Great Gildersleeve, and Inner Sanctum.

For my money, the best showcase of her talent was in Studio One,  CBS one hour drama showcase produced by her then-husband Fletcher Markle. She began in November 1947 with the lead in Kitty Foyle. McCambridge became a regular on Studio One returning each week with a new role from an ambitious opera singer to the bored and disgruntled wife of a broken down businessman, McCambridge took all parts, always proof of the old saying that there are no small parts-only small actors, and she was a talented and dedicated actress through and through. Her voice was like none other in radio, a wonderful instrument that’s been keeping fans entertained for decades.

Robson had many claims to fame as a producer of radio drama. Perhaps his greatest was as the first producer of radio’s class anthology series Escape in 1947. In the mid-to-late 1950s, he would become producer, director, and host of Suspense as that drama headed for its Twilight Years. Robson. He also won a Peabody Award for his work on Man Behind the Gun.  His writing, producing, and directing included work on programs ranging from Calling all Cars to Have Gun, Will Travel.

Ben Wright’s career was marked by a couple starring roles. Perhaps, his most noteworthy was starring as Sherlock Holmes in the final season of the New Adventures of Sherlock Holmes. He also took on the role of Scotland Yard Inspector Peter Black in CBS’ Pursuit. However, he was known far better for his character roles. He was an indispensable man, particularly if the role called for a British accent.  However, Wright could do quite a few dialects as evidenced by his 2 years playing the Chinese hotel clerk Hey-Boy on Have Gun Will Travel.  Beyond recurring roles, he was used frequently on countless dramas. He made his first appearances on Yours Truly Dollar in 1949 and his last appearance eleven years later making him one of radio’s most indispensable people.

← You Ought to be on DVD: Unreleased TV Detectives
EP0786: Frank Race: The Adventure of the Embittered Secretary →