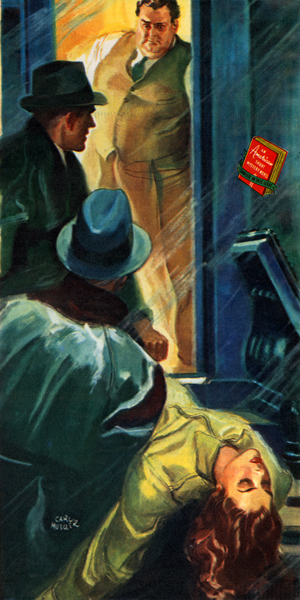 Nero Wolfe first adventure, “Fer De Lance”  appeared in 1934. Wolfe was a brilliant and eccentric detective, a super genius. However, unlike most detectives he rarely left his New York  City brownstone. For that type of work, he relied on his legman, Archie Goodwin, who narrates each story.

The partnership of Wolfe and Goodwin offered the best of both the intellectual detectives of the early part of the 20th Century such as Sherlock Holmes and Father Brown, as well as the hard boiled detectives of the 1940s. Goodwin and Wolfe represented a variety of contrasts and the interplay between the characters was worth reading the books on their own.

The first two Nero Wolfe books were made into movies, but author Rex Stout was so dissatisfied with the production, he refused to allow further films to be made. The next American-made Wolfe video production would be two years after Stout’s death.

Nero Wolfe first came to radio in 1943 over the New England Network for a 12 episode run, and then from 1943-44 over the Blue Network (later ABC). Nero Wolfe came to Mutual in 1945 as The Amazing Nero Wolfe. Wolfe was off the radio for 5 years, but came back in its most famous vintage incarnation with Sidney Greenstreet playing the title role in “The New Adventures of Nero Wolfe” which featured several different actors in the role of Archie Goodwin. (source: Digital Deli.)

After this, Nero Wolfe was off the air with the exception of an unauthorized 1961 German production of Wolfe’s stories and a 1969 Italian TV series that Stout only greenlighted because he would never see it, Nero Wolfe returned to the screen in a 1979 with an ABC  TV movie, followed by a 1981 NBC series starring William Conrad as Wolfe, and then a 1982 CBC radio series that adapted Stout’s Nero Wolfe short stories.

This was all prologue for the best known adaptation of the Wolfe, the 2001-02 A&E series, A Nero Wolfe Mystery starring Maury Chaykin as Nero Wolfe and Timothy Hutton as Archie Goodwin in a series that succeeded in bringing Wolfe and Archie a generation of new fans. 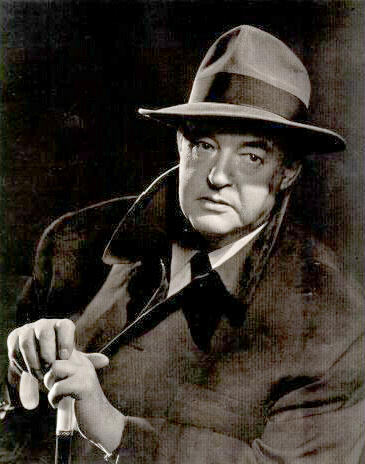 Sidney Greenstreet (1879-1954): Greenstreet was a versatile stage actor who didn’t make his first appearance in films until he was 62 years old. When he did, he created a sensation with his portrayl of Kasper Guttman in the Maltese Falcon. Greenstreet’s portrayal of Guttman of a sophisticated and calculating villain with an air of joviality and politeness would be the basis of several films and would be endlessly imitated in coming decades. His film career concluded in 1949 and in 1950, he began his 26-week run as Nero Wolfe on NBC.

Harry Bartell (1913-2004): Hary Bartell was one of radio’s most reliable character actors. He had regular roles on Fort Laramie, and Nero Wolfe, as well as serving the regular announcer and pitchman on Mutual’s New Adventures of Sherlock Holmes, and in the 1960s, Bartell returned to radio for Horizon’s West. Bartell was known as one of radio’s most versatile character actors, playing a wide variety of roles on  Gunsmoke, Have Gun Will Travel, Dragnet, and many other productions. Bartell was a photographer who unsuccessfully tried to get Gunsmoke’s radio cast brought to television. In television, he continued to play a variety of roles, appearing often in Dragnet 1967.  In his retirement years, Bartell continued to actively work with the OTR community, performing, working on the production of old time radio sets, and speaking at conventions.

The New Adventures of Nero Wolfe: