The Triumph of Rochester 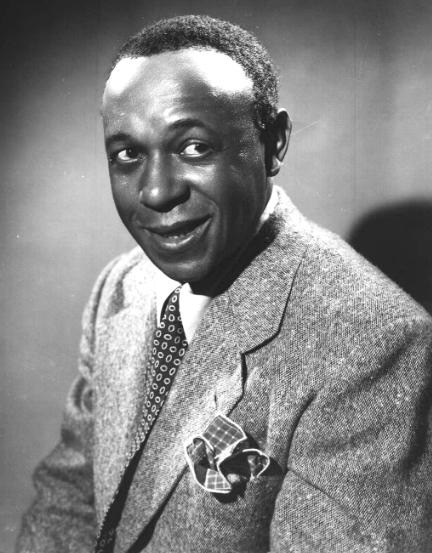 There are no small parts, only small actors.-Milan Kundera

During Hollywood’s Golden Age, Black actors who made it to Hollywood found themselves playing  the same old stereotypical roles the same old way

Yet, even during Segregation, a few Black performers managed to make a connection to a wider public. None did this better than Eddie “Rochester” Anderson.

Anderson was born into show business and active in Vaudeville.  His big break in radio came in 1937 when he landed what was to be a one-shot performance on the Jack Benny show, but would instead start an association with Benny that would last for nearly 30 years in the role of Rochester. While Rochester was Benny’s valet, Anderson portrayal moved away from stereotypes to create one of the golden age’s most memorable characters.

Anderson became a popular regular on the Jack Benny show, with his entrances always drawing tremendous applause as seen in this 1942 video of a radio recording session:

Rochester may have been a valet, but Anderson made the character iconic and memorable with his style and perfect pitch comic timing as seen in this 1957 clip of the Jack Benny TV show.

Anderson was multi-talented. He was not only a great comedian, but he was also a talented singer and dancer. In the 1940 film, “Buck Benny Rides Again,” he gave a sterling singing and dancing performance with Theresa Harris in singing, “My, My, My:”

Appearing on the radio show, “Jubilee,” Anderson showed his comic stylings in a memorable performance of, the Vaudeville song, “Waiting for Jane,” :

Anderson also starred in several films apart from Benny including, “Cabin in the Sky.” In 1950, CBS auditioned a radio show for Anderson called, “The Private Life of Rochester Van Jones” which would have been a daily 15 minute serial. The show wasn’t greenlighted but we do have the audition recordings do exist and give us an idea of what might have been:

The more I see and hear of Eddie Anderson, the more impressed I am with him. His combination of gobs of talent and charisma was rare, and the character to achieve his dream in the face of adversity is still rarer.