His Last Bow was once again intended to be the last Sherlock Holmes Collection by Sir Arthur Conan Doyle. However, it didn’t quite turn out that way. Although he did get Holmes retired, there’d be many more adventures written of previously unchronicled cases.

This book has the fewest stories in it it of all the Holmes collections: seven in British version and eight  if you read the U.S. version. Mostly, it’s a strong collection: “The Adventure of Wisteria Lodge,” “The Red Circle,” “The Adventure of the Bruce Partington Plans,” and “The Adventure of the Devil’s Foot” are as good as any Holmes story out there. The best of these is Wisteria Lodge, there are so many great features in there: a great mystery, international intrigue  and perhaps the most clever official detective introduced in the Holmes Canon.

“The Disappearance of Lady Frances Fairfax,” and “The Adventure of the Dying Detective” are good not great stories and “His Last Bow” is one that’s enjoyable for its sentiment and patriotism far more than its cleverness or any sort of suspense.

The somewhat controversial story “Adventure of the Cardboard Box” was left out of American editions of The Memoirs of Sherlock Holmes because it dealt with marital infidelities. It’s not for this reason that I didn’t enjoy the story . Holmes himself asked not to have his name mentioned in association with it because it was so simple. And perhaps, Watson (or Doyle) would have done better heed it. The problem with the story is that Holmes doesn’t do much and the focus instead becomes on a sensation and sordid crime rather than a mind of great detectives. The results are mediocre at best.

Overall, the book holds up pretty well and shows that Doyle was just as adept at writing great mysteries in the early 1910s as he had been in the 1880s and 1890s which is why he’d find himself writing several more Holmes adventures in the 1920s.
Rating: 4.5 out of 5.0 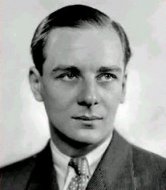 A young lawyer meets a wealthy man who asks him draft willing leaving him everything. The next day, the lawyer finds himself accused of murder and turns to Sherlock Holmes.

Sherlock Holmes is dying of a mysterious disease and he won’t let Watson examine him.

Holmes investigates the disappearance of a letter that could plunge England into war.

EP0912: Sherlock Holmes: The Tragedy Of The Gasfitter’s Ball

EP0906: Sherlock Holmes: The Case of the Red Headed League

Sherlock Holmes investigates when a League for Red Headed hires a pawn broker and then promptly disappears.