In advance of presenting The Fat Man to our listeners, we take a look at some of the king sized detectives who’ve appeared in radio and television. 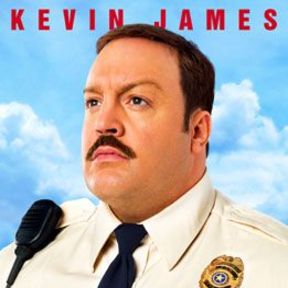 In 2009, Kevin James came to the silver screen as Paul Blart, Mall Cop. In this action Comedy, Paul Blart is an overweight bumbling mall security guard who dreams of a job with the State Police but continually falls short on the physical. When his mall is being taken over by a gang of desperate criminals, Blart jumps into action to thwart the bad guys and defeat the criminal mastermind.
In a nation where an ever-increasing number of us are overweight, Blart was a huge success. It had the 6th best January opening weekend ever at the box office and was the 19th highest grossing film of the year.

Paul Blart was not the first pudgy protagonist to take on the bad guys in a role often reserved for much more streamlined men.

In 1945, NBC created a sensation with its summer series, Rogue’s Gallery starring Dick Powell which moved to Mutual for the Fall. ABC wanted to cash in on the rising tide of the Hard Boiled Private Eye which became so associated with radio. So January 21, 1946 saw the former Blue Network offer not one but two hard boiled private eyes. The first was I Deal in Crime starring B-movie Star William Gargan as Ross Dolan and then there was The Fat Man which starred Fred Allen Alumni J Scott Smart as Brad Runyon. I Deal In Crime lasted a respectable two seasons, but it was The Fat Man who was the keeper.

The Fat Man was introduced as Dashiell Hammett’s most exciting character. Truth be told Hammett had little to do with the show. Hammett himself stated, “”My sole duty in regard to these programs, is to look in the mail for a check once a week.” The character Brad Runyon had the most in common with was Hammett’s Continental Op. The name the Fat Man evoked two images from Hammett’s work. First was a contrast between The Fat Man and the Thin Man, a Hammett book that had launched movie and radio franchises. The other was with the villain of the Maltese Falcon who Spade called The Fat Man, Kasper Gutman.

Brad Runyon had little in common with Gutman because not only wasn’t he a villain, but unlike Gutman,  Runyon was a man of action. This also separated him from Nero Wolfe, who relied on others to do his legwork.  Runyon, however was solidly in the hard-boiled school of private detection, taking and giving his own lumps. Runyon was tough, intelligent, and attractive to the ladies despite his girth, but also was a little sensitive about the subject. At the end of an episode he bemoaned, “Nobody loves a Fat Man.” Radio audiences begged to differ.With its iconic opening, the Fat Man became a radio hit: There he goes, into that drugstore. He’s stepping on the scales. Weight: 239 pounds. Fortune: Danger. Who is it? THE FAT MAN Because of only ten episodes in circulation, it can be hard for the modern listener to grasp how popular the Fat Man was. Smart played the Fatman from January 1946 to September of 1951: 5 years and 9 months. That was longer than Bob Bailey played Johnny Dollar and longer than Sam Spade was on the air. The popularity of the Fat Man spawned a motion picture.The Fat Man (1951) featured Runyon (still played by Smart) trying to solve the murder of a dentist. The style of the film was somewhat reminiscent of the Killer where the detective has to share the limelight with a rising young star (In this case Rock Hudson) through flashbacks. However, the film also gave Smart an opportunity to shine in some ways that even radio couldn’t portray. Film audiences for example found that the Fat Man could dance. Unfortunately, four months after the movie was released, The Fat Man danced right off the radio. Despite Hammett’s lack of any real involvement in the show, due to his problems with the House Un-American Activities Committee, the Fat Man struggled to maintain sponsors. The show’s producers were hoisted with their own petard. They’d work to build the association with Hammett and were stuck with it. Even leaving Hammett’s name off the movie credit did no good. The show was cancelled after the 1950-51 season.

How great a tragedy this was is probably worth some debate. By 1951 radio was in decline, so it’d be a stretch to imagine the Fat Man had many more seasons over radio. It’s been suggested that there would have been a series of Fat Man films like the Thin Man, but television had effectively killed the mystery movie serial as it had prospered during the 1930s and 40s. Nothing illustrated that more clearly than that the 1950s version of Charlie Chan was seen on TV not at the movie theaters.

If anything, J. Scott Smart could have brought the Fat Man to TV, but even that was a questionable prospect as we shall see.

Meanwhile, the Fat Man found new life over another ABC-the Australian Broadcasting Company. Many American shows including Gunsmoke, Superman, Dangerous Assignment, and The Shadow were re-performed. The Fat Man joined this company in the Fall of 1954. Unlike Smart, Lloyd Berrell didn’t look the part of Brad Runyon, but he performed competently, and the Australian Fat Manis one of the widest circulating Australian remarks of American shows with far more episodes in circulation than the American show on which it was based.

However, the Fat Man wasn’t the only large radio detective. In 1950, NBC brought the Big Guy to radio. In the lead was Henry Calvin who definitely had the build for the part.  In the latter half of the 1950s, he  would play his most memorable role as Sergeant Garcia on Disney’s Zorro and in the 1960s would appear in a variety episode of the Dick Van Dyke Show as Oliver Hardy with Van Dyke as Stan Laurel.

The lead character was quite a bit different from Brad Runyon. Calvin played Joshua Sharp, a widower and the doting father of two young children. This contrasted with his work as a detective which often brought him into contact with a part of life that required a certain toughness. Sharp’s mix of sweetness and roughness made for an interesting show that lasted less than six months.
Joseph Lewis was the first to attempt to bring a fat detective to television with his 1958 or 1959 pilot for the Fat Man called, “The Thirty-two Friends of Gina Lardelli.”  Robert Middleton starred as Lucius Crane. It didn’t have any relationship to the radio drama of the same name. The first ten minutes of the program seem like its mirroring the Nero Wolfe stories. A potential client comes to his apartment and his informed by his dapper young assistant that Mr. Crane will not be available for a couple hours because he’s eating lunch.The man is insistent and so the young assistant is moved with compassion and takes him to the restaurant.

However, there the similarities end. We find that Lucius Crane investigates his own cases with only a little help from the sidekick. The mystery is well-written. Middleton does fairly well as Crane. There was a little stiffness early on, but this was not unlike trying on and getting comfortable in a new set of clothes. Overall, the show worked quite well and could have been an interesting program.
Unfortunately, the Fat Man was not picked up. The script did get used a decade later for a Season 2 episode of Mannix.

Television would be a far harder nut to crack for overweight detective. TV was a more superficial medium than radio or classic films. As a true professional actor, Gargan was frustrated on the Martin Kane program with the decision to employee hapless yet beautiful actresses who would spoil lines on live TV. As a devout Catholic, he was also bothered by what he perceived as the show’s attempt to push more skin in the audience. As he result, he left Martin Kane in 1951 and returned to radio.

For overweight actors, this superficiality meant less access to man roles. Oscar Winner Edmond O’Brien was informed that he couldn’t star as Broadway Detective Johnny Midnight unless he lost weight. Sebastian Cabot did get a role in a crime drama on Checkmate in 1960-62, but it was as a mastermind and mentor to two young trim and handsome private eyes.

Perhaps, the worst slight was given to William Conrad. Conrad had made a career playing cops and heavies over radio and provided vital narration on programs such as Escape before landing the role of Marshall Matt Dillon in Gunsmoke in 1953.  When word spread that the program would come to television in 1955, it was assumed that the radio cast would make the leap to television.

However, there was resistance from executives in New York. Veteran radio and television actor Harry Bartell worked with CBS photographers and producer Norm Macdonnell to produce photographs of the original cast, Bartell commented, “Anyone who has looked closely at photographs of the Old West I think will agree that the radio cast looked more legitimate than the TV cast. But, they were not the Hollywood concept and above all else, we must not stray too far from the cliché!”

Conrad had been denied the seminal role on what would become television’s longest running prime time drama, but didn’t let that ruin his career. He continued to star in Radio’s Gunsmoke until it went off the air for the last time in 1961.He also directed a lot of television shows and narrated for programs including The Fugitive, Rocky and Bullwinkle and even a couple episodes of Gunsmoke.

Sixteen years after Gunsmoke came to television, he got a crack at a starring dramatic role as the title character in Cannon. Frank Cannon was an ex-cop who was a private detective and freelance troubleshooter. Cannon was a gourmet chef, but also a martial arts and weapons expert who could more than hold his own in a fight and was a great driver when a chase scene was called for.

While Cannon was a detective, the plots were less mystery and more suspense as the audience usually was told whodunit long before Cannon found out. Cannon was a fascinating character who could be as tough as nails to the bad guys, but gentle, wise, and good humored to those around him.

Cannon lasted five seasons and returned for a TV movie in 1980. Conrad went on to star in two more crime dramas, Nero Wolfe and Jake and the Fatmanwhich were less physically demanding roles.

From Brad Runyon to Paul Blart, these overweight heroes have played a unique role. While lacking the sex appeal of their counterparts, they surprise us with their courage, their skill, and most importantly their heart. For this, they’ll always have a place in the annals of crime fiction.