Mallard is acting suspicious and Candy looks into it.  When a body turns up, Candy has to find out the truth about the murder and Mallard. 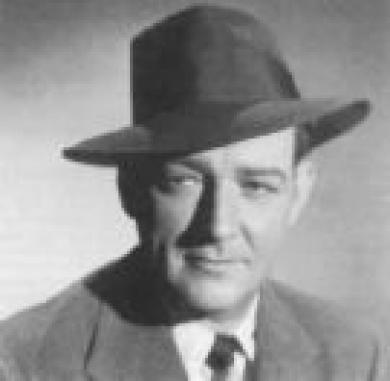 Barrie heads to a small town to track down a man who embezzled money from a local bank.

Sleuths of My Youth: The Hardy Boys, Nancy Drew, and Tom Swift, Jr.

The Hardy Boys and Nancy Drew have been keeping generations of kids reading and occasionally watching their heroic exploits.

The Hardy Boys was a series my dad talked about a lot and my older brothers read as well.  Nancy Drew I heard of in the popular culture, so I picked her books up out of curiosity. However both series’ had the same corporate owner, so can be discussed together.

There were several different Hardy Boys series’ out there when I was growing up. I had a definite preference.

There were the first 58 blue hard cover books-which I viewed as my dad’s Hardy Boys books. I read a few of them and enjoyed the classic setting and stories.

Of course, most of the Blue Hardy Boys and Yellow Nancy Drew mysteries on the market have been revised, so the ones I read in those series’ may have been a little different from what my father read growing up.  However, I was fortunate that my library had one copy each of the original Hardy Boys and Nancy Drew stories. These are a little bit longer and the language is a little more complex than modern readers are used to being set in the late 1920s and early 1930s respectively.

Then there was a Paperback series that started with #59 as the Hardy Boys Mystery digest. I viewed this as my older brothers’ Hardy Boys series. The books looked less interesting to me than the Blue books, so I never read them.

Then there was the Hardy Boys Case Files, a series that began in 1987 and contained far more action than the blue books. The first book began with a car bomb killing off Joe Hardy’s girlfriend and ends with the Hardy’s racing to stop the assassination of a presidential candidate.

That was my Hardy Boys series.

Each Hardy Boys Case File was a page-turner that packed as much suspense, action, adventure, and danger as would fit into a 160-page paperback. I devoured each copy of the Hardy Boys case files I could get my hands on. (Note: If you have trouble getting your boys to read, get on Ebay and buy a few of these.)

It was a little different with Nancy Drew.  I like the Nancy Drew files, but at some point got tired of the constant romantic subplots that kept springing up. Everywhere they went Nancy’s two gal sidekicks  George and Bess fell for different guys. They had Nancy break up with Ned Nickerson early in the Nancy Drew Files series, so Nancy could get in on the act for a while too.  The big problem with these love interests is they would invariably be murder suspects.  The teaser’s before the book would have a question like, “Has Bess fallen for a killer.” And I’d mentally add, “again.”

I liked golden age Nancy a little bit better with a greater focus on the mystery.

Of course, there was one thing the more modern Nancy Drew could do that the golden age one couldn’t.

If there was one thing better than a Hardy Boys or Nancy Drew Book, it was a Nancy Drew and the Hardy Boys Super Mystery. These were always fun with a greater length (usually 220-230 pages), more detectives, and a better mystery.  The Hardy Boys and Nancy Drew happened run into each other and a mystery about 30 times over ten years.

Speaking of running into the Hardy Boys, the same corporation that owns the Hardy Boys and Nancy Drew, also owned the Tom Swift franchise, which began in 1910 with Tom Swift, Sr. as an inventor and adventure. In the 1950s, the baton was passed to Tom Swift, Jr. who developed more space age technology. As a sci fan, I’d read quite a bit of the various Tom Swift books from the 1950s as well as a couple from the 1970s. Tom  The 1990s series was similar to the Hardy Boys and Nancy Drew series with action-packed stories coming in at 160 pages.

They had the great idea to put the Hardy Boys and Tom Swift in the same book. While I’ve not read every Hardy Boys story, it suffices to say, that never have the Hardy Boys had a higher stake than they did in their first crossover with Tom Swift, Time Bomb.

I didn’t read all the Hardy Boys, Nancy Drew, or Tom Swift books out there as I was limited in time and to what I had available at the library. Still, the time spent with these characters were among the happiest I had growing up.

Imagine Nero Wolfe in Montana, talking about a case while he and Archie sit on rocks and Wolfe is sitting bare foot outside near a stream.

Such is one of the very interesting scenes that take place in Death of a Dude. While on vacation at Lilly Rowan’s ranch, the ranch foreman is accused of shooting a man in the back. The sheriff has a political axe to grind against the foreman and arrests him on a murder charge, but Archie sets out to clear him and when his vacation runs out, Archie writes Wolfe a letter putting himself on an indefinite leave of absence.

Archie runs into a brick wall into trying to solve the case as no one will talk to him as he’s an outsider. Wolfe finds Archie’s absence so intolerable that he does the unthinkable: boards a plane and flies into Helena and drives down to help Archie solve the case. Actually, he tries to talk Archie out of leaving Montana, so when Archie won’t budget, solving the case is the only option left him.

Death of a Dude succeeds in taking our characters entirely out of their normal environment and Stout does a fantastic job of creating this amazing cast of characters and setting for Archie and Wolfe to inhabit.

Wolfe takes everything in stride, even as he journeys to a location that requires he drive around in cars a lot, shake hands with people, and be away from his orchids. This type of book is a reminder to me why I think labeling Wolfe as “agoraphobic” is somewhat of a misnomer. Wolfe can leave the Brownstone anytime he wants to, he just usually doesn’t want to.

The mystery and actual crime detection in the story is its weakest element. Indeed, this is the type of case that Inspector Cramer could solve in two days and get the right man if he’d been on it from the start. All Wolfe needs is a modicum of intelligence and the willingness to pay Saul Panzer whatever it takes to get the foreman off and secure him and Archie’s return to New York.  All that stands his way is a stupid and corrupt sheriff. The payoff is much the less usual “bang” ending of many early Nero Wolfe novels and much more of a fizzle.

However, Nero Wolfe and Archie Goodwin remain those great detective personalities that can turn a lesser mystery in a good detective story through their presence, and with a  great location, Stout creates a great fish out of water story with Wolfe surviving and thriving far outside his comfort zone.

This was the last Nero Wolfe novel of the 1960s, Stout would take a break of five years before writing another Nero Wolfe novel. Maybe, that one will have more mystery. Still, for a fun rate with our favorite detective duo I’ll give this one: 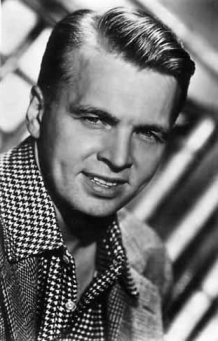 $4,000 has been embezzled. The company has the embezzler, but Johnny’s job is to find the money.

Cast your vote for the show on podcast alley http://podcastalley.greatdetectives.net