Book Review: Corpses are Where You Find Them

In Corpses are Where You Find Them, Michael Shayne is preparing to go out of town with his young wife Phyllis despite pleas from the Mayoral candidate he’s supporting. However, his plans change when a beautiful young woman shows up high. He deposits her in his apartment and drives his wife to the train station, but he returns to find her dead and is then accused of kidnapping by the political opponent of the candidate he’s supporting. Shayne has to solve the murder to not only save his candidate’s campaign but also to avoid going to prison.

Corpses Are Where You Find Them is a fast-paced, fun read with the body of the murdered woman disappearing and re-appearing, political intrigue, and hidden agendas.

The writing of Brett Halliday (aka Davis Dresser) is improved from the first book, where Shayne’s antics could be insufferable. Here Shayne doesn’t do anything too off the wall until late in the book where he steals the clothes of an insane asylum patient, but that turns out to have a good reason.

Overall, this is a solid 1940s mystery with hard-boiled overtones. For lovers of these sort of books, this makes for a fun, diverting read. 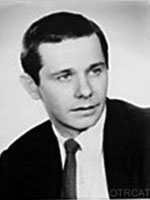 After finishing a case in Miami, Johnny has to drive up to Sarasota. If he doesn’t, it could send another insurance agent to jail. Then Johnny meets a mysterious woman and finds himself investing a robbery.

Original Air Date: Sometime in the first half of 1961