Meredith Willson plays a lost song and plays folk songs of the future.

John Nesbitt tells the story of a persistent newspaper in World War1 Belgium. 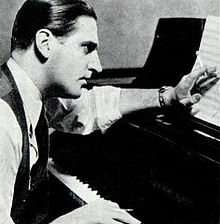