13 search results for "The Airmail Mystery" 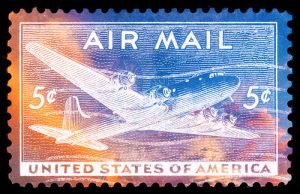 With the death of a pilot, the case has gone to a new level and Irene wants answers from Powers, the head of Transamerican Airlines.

Irene, Fitz, and Jimmy go to Salt Flats to intercept a suspect in the crashes and robberies of planes carrying air mail.

Irene Delroy and her assistant go to the scene of the latest crash to search for clues.

Justice Department investigator Irene Delroy begins an investigation into a series of plane crashes where thousands of dollars in government cash shipments disappeared.

Listen to “The Forgotten Detectives of Old Time Radio” on Spreaker.

Last year, I created a podcast that collected all of our series that had few than ten episodes in circulation called The Forgotten Detectives of Old Time Radio. It contains 125 episodes from twenty-two different radio series. That’s a lot of shows, and it can be hard to know where to start. In order to help, here are my top five favorite forgotten detective programs:

5) The Adventures of Leonidas Witherall:

Leonidas Witherall is a character in a series of comedy mystery novels by Phoebe Atwood Taylor. He is a headmaster of a boys’ school and is known for his uncanny resemblance to William Shakespeare. The 1944 series starred Broadway star Walter Hampden and is a really fun listen with some really nice use of humor. If you’re looking for a light mystery series, this one is worth listening to.

Radio acting legend Mercedes McCambridge stars as Attorney Martha Ellis Bryant. Radio detective mysteries featuring attorneys as a lead are rare and so were mystery programs with a female lead, making this is a good find. But McCambridge’s award-winning acting is what really sells the series and makes it fun to listen to.

Larry Haines stars as a magician turned detective who dedicates his time to exposing various con games. While radio was full of murders and violent crimes, it was refreshing to have a series that turned to bunco scams. Easy Money does this with style, with smartly written scripts and solid acting and direction.

2) The Adventures of Bill Lance

Gerald Mohr, best-known for playing legendary hard-boiled private eye Philip Marlowe, stars in a very different series as Bill Lance, a piano player and tuner who gets involved in mysteries. Legendary character actor Howard McNear stars as Lance’s sidekick. The series makes good use of music in the story and manages to work in light continuity with minor characters from one episode to the next.

This 1932 serial follows Justice Department Investigator Irene Delroy as she seeks to uncover what’s behind a series of small plane crashes, assisted by her subordinate Fitz and reporter boyfriend Jimmy. The characters are a lot of fun, with Irene Delroy being a very ahead-of-her-time heroine. The mystery is pretty good with a lot of clues and exciting moments. The series was originally broadcast as thirteen fifteen-minute episodes. We featured the twelve surviving episodes in six episodes of the podcast. It’s a very fun, high-paced, and unique experience.

Q: Where did your accent come from? Where did you grow up?
A: My accent has been influenced by a variety of factors. My parents were both born in Washington State, but my father traveled extensively in the military and spent a lot of time down South, which influenced his accent and mine in turn.

Until, I was four and a half, we lived on an isolated goat ranch in the Yaak, an area of Montana near Coeur d’Alene, ID. Between the time I was four and a half and eleven, my dad was an itinerant preacher. I don’t think we stayed in one place for more than four months during this time. Our travels were mostly throughout the West, however, we also did an extensive tour of the South. Starting when I was eleven until I was almost twenty-three, I lived almost exclusively in Northwest Montana (except for two months when I was fifteen), spending several years in Kalispell and two other small towns.

Q: I’d like to dedicate an episode to a loved one. How can I do that?

A: First, be aware of our recording schedule. Currently,  our Tuesday program, and Yours Truly Johnny Dollar record ten days in advance, all other shows record nine days in advance. Thus you would need to contact me no later than in the morning or early afternoon ten days before you want the dedication to be aired.

Second, you’d need to send a $20 donation either through Paypal, Zelle, or mail. Full information on how to donate is on our Listener Support page.

Q: What is the theme music?

A: Symphony Number 1 (Opus 10) by Dmitri Shostakovich. It is from the second movement, Allegro – Meno mosso. (Thank you to Tim Vanderwall for providing the detailed information.)

Q: I’m a podcaster and want to promote your podcast.  Do you have a trailer I can listen to?

that you can include in your podcasts.

Q: I find a particular episode, program, or detective offensive. Will you pull it from the rotation?

A: It’s important to keep in mind that, as it has been said, the past is another country. And like other countries, people in the past had very different attitudes, behaviors, views, and ways of doing things.

Some of these were clearly wrong and we can be glad that society has moved forward. Other attitudes are merely different. However, all of them were part of the culture in which old time radio programs were created and cannot be neatly excised.

In my opinion, old time radio detective programs contain minimal offensive content. In fact, many programs have positive aspects that were trying to address societal problems such as public service annoucements that condemned racial bigotry, well-written and capable female characters like Brooksie on Let George Do It, Candy Matson, and Irene Delroy from The Airmail Mystery.

However, due to the times in which they were made, there are episodes that will contain elements that will offend some modern sensibilities. And because different listeners have different concerns, it’s simply not feasible to try to pull any program that might have an episode or element that offends some listeners. To do so would effectively mean ending the podcast as someone is going to take offense at something in any series we might choose to do.

As host of the program, I take it as read that listeners to the podcast are adults or have an adult in their life who is listening to the program with them. I also take it as understood that adult listeners know what is appropriate in today’s world and can understand that something that may have been acceptable at the time a program aired may be wrong and/or out of bounds in today’s society. I also think that adults are capable of advising younger listeners if they find anything that’s problematic or to answer children’s questions about content.

If listeners find a particular program or characterization, consistently bothersome, I’d encourage listeners not to listen to that series. And if they’d like to download another program in the place of the one they find offensive, they can check out our extensive archive.

Q: I find your voice irritating or your commentary annoying. Could you abandon the way you’ve been doing the podcast for more than a decade and change your format to fit my taste and sensibilities?

No. However, if you don’t like my voice, commentary, or way of doing the podcast, there are many places where the files I use for the program can be downloaded off the Internet for free. The Internet Archive, Radio Echoes, Old Time Radio Downloads, and Old Time Radio Researchers Library among them.