A boxer died after the fight of an apparent heart attack in KO’D.

The police try to recover $100,000 in stolen jewelry in Infiltrating the Mob.

The Saint, a character who remained popular for decades and has been portrayed by everyone from George Sanders and Vincent Price to Roger Moore and Val Kilmer, got his start in literature.

The Saint v. Scotland Yard  is a book published in 1932 and it collects three novellas, each featuring the Saint working outside or even against Scotland Yard, near the start of the character’s literary career . . “The Inland Revenue” sees Simon trying to shut down a blackmailer. “The Million Pound Day” pits the Saint against a ruthless gang of kidnappers who have a plan to force the printing of a million pounds in fake Italian currency. The final story, “The Melancholy Journey of Mr Teal” finds the Saint trying to steal a jewel thief’s loot before the thief’s caught by Scotland Yard.

Overall, the stories are decent for the period. They’re much more adventures than they are mysteries. The cases are well-written and fun to read.

Those who know the Saint from golden age mediums like radio or the Sanders movies may not recognize much about this early version. While the Saint’s billed as the “Robin Hood” of modern crime, the Saint robs from the rich but seems more self-centered. Of course, as this was the 1930s, many people resented the rich and believed the police were corrupt or incompetent, so there was some catharsis in his antics for the common man of the day.

The brilliance of Charteris is that despite the Saint’s less than sterling conduct, he makes it really hard not to like him. The Robin Hood analogy seems inapt. The Saint in this book is really reminiscent of a romantic pirate. The Saint is a swashbuckler who laughs in the face of danger and death, and writes poetry in perilous situations. He and his girlfriend Pat are pure adrenaline junkies who get their kicks out of exposing themselves to danger which is kind of fun for people who live more tame lives.

While the Saint is no paragon in this book, he doesn’t hurt innocent people. Indeed, the book works because whoever the Saint crosses, we have a sense that they somehow deserve it.

The only other negative to this book are some unfortunate racial language which may make the book less accessible to some readers. Overall though, this was a decent early Saint novella collection.

Johnny searches for the wife of a murdered man to give her her insurance check. 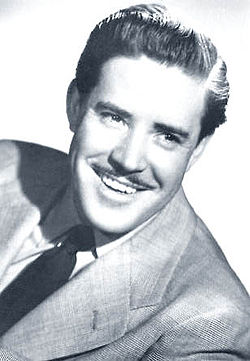 Nick is hired by an archaeologist who believes a witch killed his assistant.

EP1271: Lux Radio Theater: The Lady in the Lake 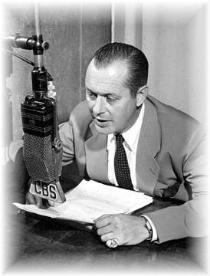 Philip Marlowe looks for a missing wife  at the behest of the missing woman’s husband’s secretary who wants to break up the marriage to marry her boss.

She was as safe as a tap dancer on a floor full of dynamite caps.

EP1269: The Hunters: You Take Ballistics 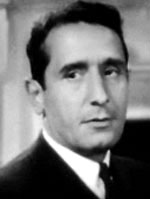 A Scotland Yard inspector tries to get a confession out of a clever criminal.