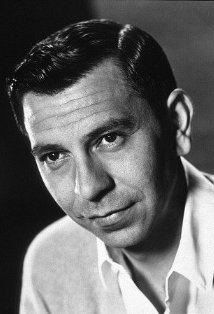 Pete finds himself being forced into marriage with a mobster’s girl.

In 1955, Jack Webb brought Pete Kelly’s Blues from radio to the big screen. In 1927, Pete Kelly (Jack Webb) and his band play at a Kansas City speakeasy. Corrupt political boss Fran McCarg(Edmond O’Brien) wants a quarter of the band’s take as it’s new agent at an attempted shakedown. The band says no with hotheaded young Joey Firestone (Martin Milner) being the most vocal opponent of signing with McCarg. The band is run off the road returning from a party and then Firestone is cut down by a mobster connected to McCarg, but supposedly acting Independently, Kelly decides to give in and the rest of the bands in Kansas City follow his lead.

McCarg then tasks Kelly with having his girlfriend Rose (Peggy Lee) sing with the band despite it not fitting with Kelly’s style. However, when McCarg continues to abuse Rose and Kelly becomes suspicious that McCarg may have truly been behind Joey Firestone’s murder, he has to decide whether to put everything at risk in order to stand up to McCarg.

Pete Kelly’s Blues works on a number of levels. First of all, there’s the music. You have performances by the great Peggy Lee and Ella Fitzgerald along with some of the finest instrumental jazz you’ll see hear on any film.

The supporting cast is solid. Peggy Lee turns in a Oscar-nominated performance as an abused, worn out, alcoholic singer. Edmond O’Brien was made to order as the heavy. And in a really surprising bit of casting against type that worked, Andy DeVine turned in a strong dramatic performance as the honest cop with no hint of his usual comedic style and a slightly lower voice pitch.

Pete Kelly has one prime motivation: his desire to play his type of music with his band. That’s why he finds himself working in a speakeasy, even when he complains about the type of lowlifes such as McCarg that find their way in.

Kelly is also the leader of the band, the responsible one. When they attend a party, Kelly is the De Facto designated driver . When McCarg’s threat comes, despite Kelly’s plan to put it to a vote, indecision reigns until Kelly suggests a direction, and it’s Kelly’s decision that allows McCarg to expand his racket beyond just Kelly and his band. This sort of responsible side may be what reminds people of Joe Friday.

Kelly is hard boiled and cynical, but not quite as hard as he seems. The movie hints at this in a couple of ways. He has a pet bird. When he’s pushing Ivy Conrad (Janet Leigh) out of his apartment, she argues for being allowed to stay because Kelly allows a bird in his room. Kelly replies that’s only because if times get hard, he may have to eat the bird. More poignantly, Kelly shows his softer side with his quiet and compassionate interactions with Rose Hopkins. He said little, but his face said it all.

Despite this, Webb’s performance is constantly compared to Joe Friday. I think there are reasons for this.

First, is that Webb was probably one of the earliest victims of television typecasting. The impact of seeing, not just hearing, someone every week in your home for 39 weeks a year for 3 years linked Webb to Friday in a way that was unpredictable. Certainly, Webb wasn’t the first actor to be pigeonholed (see: Basil Rathbone), however it usually required several films to achieve the effect. But the regular recurrence of Dragnet on television presented a problem, and Webb’s previous past as a hard boiled radio eye was forgotten.  Thus his entire performance was interpreted through that lens of Joe Friday.

Second, this was not helped by Kelly having two voices for voice-overs. Kelly’s first voice, heard most frequently  during the film, was slower and more sardonic and fired off sarcastic remarks like Simon Cowell at a Karoke Bar. The second voice heard on a couple occasions sounded exactly like Joe Friday. My personal theory for this is that these other voice-overs were not initially planned for the film, but were added in post-production and that Webb recorded them at the same time he was recording Dragnet voice-overs. Whatever the case, the new voice-overs made Webb’s job harder.

The biggest problem though was the love angle. There was no real on-screen spark between Pete Kelly and Ivy Conrad. On initial viewing, I thought this was a fault in Webb’s acting, as being too stiff. In the end, the failure was more on the writing end.

Ivy Conrad is a spoiled childish selfish playgirl whose globetrotting and partying lifestyle Pete Kelly holds in contempt. Nevertheless, they get engaged on Ivy’s initiative.

I could easily see a scenario where Pete Kelly goes for Ivy in a case of opposites attract. The stressed out band leaders falls for the woman who tore “responsibility” out of the dictionary and to add to that, she looks like Janet Leight. Unfortunately, the film shows none of that.  Kelly seems to be uninterested her, but willing to go along with marrying her.

The love angle was so mishandled, I would argue that if you cut the Ivy Conrad scenes, you’d have a far better film and shorter too. Of course, this doesn’t help Webb much. The blame for the problems in the movie simply moves from the shoulders of Jack Webb, Actor to Jack Webb, Director. When you act, produce, and director, there’s nowhere to hide when it comes to blame.

Of course, overall Webb got far more right than wrong, making a picture that on its merits is above average. What’s maddening about watching Pete Kelly’s Blues, though, is that the film so easily could have been a masterpiece.

Thinking about it gives me the blues.

If you enjoyed this post, you can have new posts about Detective stories and the golden age of radio and television delivered automatically to your Kindle.
This post contains affiliate links, which means that items purchased from these links may result in a commission being paid to the author of this post at no extra cost to the purchaser.

An old friend of Kelly’s is suspected of murdering a local Kansas City mobster.