A poet who’d asked Phyllis for feedback on her work is a suspect in a murder case.

The Uncomplaining Corpses is the third Michael Shayne novel and finds him having married the nineteen-year-old Phyllis he’d helped in the previous two novels. A rich man asks him to send a man to steal his wife’s jewel case in exchange for a thousand dollars that will be inside the case, so the rich man can keep the jewels and collect the insurance money. Shayne isn’t interested in participating in insurance fraud, but an ex-con needing money comes by. Shayne has the idea of sending the ex-con out to steal the $1000 without taking the jewel case, thus ripping off the unscrupulous rich man.

However, things go horribly wrong. The ex-con is shot by the husband who claims he found him standing over his wife’s body. Now Shayne’s license is at risk and to save it he has to find the killer.

While I thought in the first Shayne book, Halliday was trying to create a knock off of Sam Spade, this feels like a different spin on the Thin Man. Halliday is pretty effective. Phyllis is likable and precocious and willing to do what it takes to get her husband, including putting herself in harms way, perfectly consistent with the way she was written in the previous book. Shayne is perfectly relatable as a newly married man getting accustomed to married life and happy with his life. He’s not a caricature nor does he have that, “Newlywed but steadfastly refusing to be happy” feeling of Philip Marlowe in Poodle Springs. The book also has some fun moments and zaniness in the solution.

However, the book’s failing is that it’s cast of suspects are completely forgettable stock characters. The mystery is not one of Shayne’s smartest, and Shayne behaves too much like a cartoon, particularly when he’s manhandling the Miami Chief of Police Peter Painter.

Still, this is an enjoyable little mystery that, despite its failings, offers a satisfying conclusion.

EP2278: That Hammer Guy: The More You Kill The Simpler It Gets 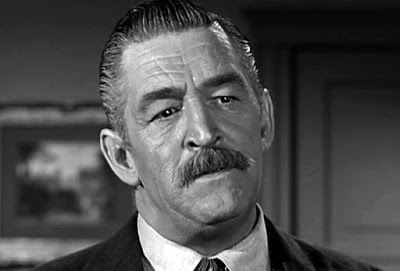 A fight manager friend of Hammer’s is found murdered in his apartment.

The Michael Shayne that appeared in his first book, Dividend on Death has little resemblance to the character as he’d come to be known in film, television, and future books. In the second book, The Private Private Practice of Michael Shayne, the later character begins to emerge.

The book features the close friendship and partnership between Shayne and reporter Tim Rourke, which was a hallmark of the series. In addition, Shayne shows a bit of character and humanity in trying to ward off an ambitious young lawyer from an unethical deal. The barely grown Phyllis Brighton returns from the first book and Shayne steps in (against her wishes) to save her from crooked gamblers. There’s a bit of reluctant romance that begins to develop between Shayne and Phyllis and it’s handled nicely and believably.

To be clear, he’s not Philip Marlowe, certainly not as mopey and world-weary. The character is plenty of fun and has a lighter, comedic flare. The plot of this book was used as one of the major inspirations for the first Shayne movie starring Lloyd Nolan, Michael Shayne, Private Detective, and the movie and book track pretty well. The result is a Michael Shayne who manages to be comical but not foolish, and tough without being abrasive.

The story is well-plotted, even if it’s not particularly innovative. The humor works a couple twists including Shayne finding a way to get himself out of a murder charge but later outsmarts himself when he tries to mess around with the murder gun. Given all the evidence tampering both in this book and the previous one, it was satisfying to see a consequence to it for Shayne.

This still isn’t quite the Michael Shayne of later books, but it’s a huge step forward for the character.