This is a tougher collection for the adapters in some ways as two of the four stories they adapted are challenging ones to dramatize, but overall they carried it off quite well.

The Flying  Stars: It’s crime time at Christmastime. Father Brown is one of several visitors to a wealthy English home, including a young socialist where a valuable jewels called, “The Flying Stars” make an admirable target for thieves. And thieves strike-during a pantomime event.  This one was a bit slow getting to the crime as it dragged through preparations for the pantomime.  However, the story as written by Chesterton was equally slow-paced. As slow it was, it was also necessary for the character development of Flambeau and Colonial does listeners a favor by actually showing Flambeau reform. They also did a nice job setting up a transition to the next story.

Point of a Pin: Noisy construction workers are waking Father Brown up every morning as they work on an apartment building, but a potential union strike or lock out threatens to stop construction. The owner of the construction company  lays off his workers and then is murdered. A threatening note points to union radicals as the likely culprit but Father Brown has other ideas.  This was a lot of fun for me, particularly because “Point of a Pin” is a lesser known and later Father Brown story that I hadn’t read yet and Colonial did a great job in bringing this baffling story to radio.

The Three Tools of Death: Along with “The Blue Cross” this may be one of the best Father Brown mysteries.  I actually based much of my Father Brown chapter in my book, All I Needed to Know I Learned from Columbo on this story. However, it’s not always gotten the respect it deserved. In the 1970s, the BBC ruined the story when they adapted Father Brown for television because the original story was so politically incorrect. Colonial didn’t try to airbrush the story. They let it speak for itself and produced a faithful and well-done adaptation of this mystery that centers around Britain’s leading optimist and teetotaler being found murdered. At first, there are no weapons found, and then all the sudden, there are too many. Father Brown says something’s wrong with the crime scene, that all these weapons are “not economical.”  Colonial does a great job telling the story. They even preserved the post-solution ending. It features Father Brown, after having unraveled one of the greatest mysteries in the history of detective fiction, going on about his rounds as a clergyman. That right there tells  you all you need to know about Father Brown.

The Invisible Man: A young man wants to marry a beautiful woman, but finds her being menaced by an invisible man. Threatening notes are left, but no one seems to be around. A threatening poster was put up, but no one was seen in the vicinity. Finally, a man is murdered under the watchful eyes of a man who swore that he saw no one go in.  What’s going on? This story like, “The Sign of the Broken Sword” is one of Chesterton’s most influential stories. It’s also, like “The Sign of the Sword” in that it’s incredibly hard to adapt based on the bizarre ending that Chesterton gave the original story. Colonial tries to work around this by having Father Brown narrate the story, which really doesn’t work all that well. Still, it’s a good story and other than Colonial’s attempt to deal with Chesterton’s quirky ending,  the adaptation is thoroughly enjoyable as well. 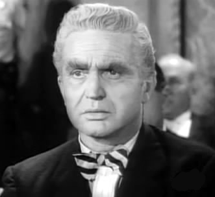 A young man is accused of killing a windowcleaner, but Father Brown believes he’s innocent.

EP0267: Adventures of Father Brown: The Three Tools of Death

Father Brown investigates the death of a best-selling proponent of optomism.